On the first of May, with an extraordinary circulation of 4,5 million copies, the first special “Expo Horizons: Doors open onto the world” was released. 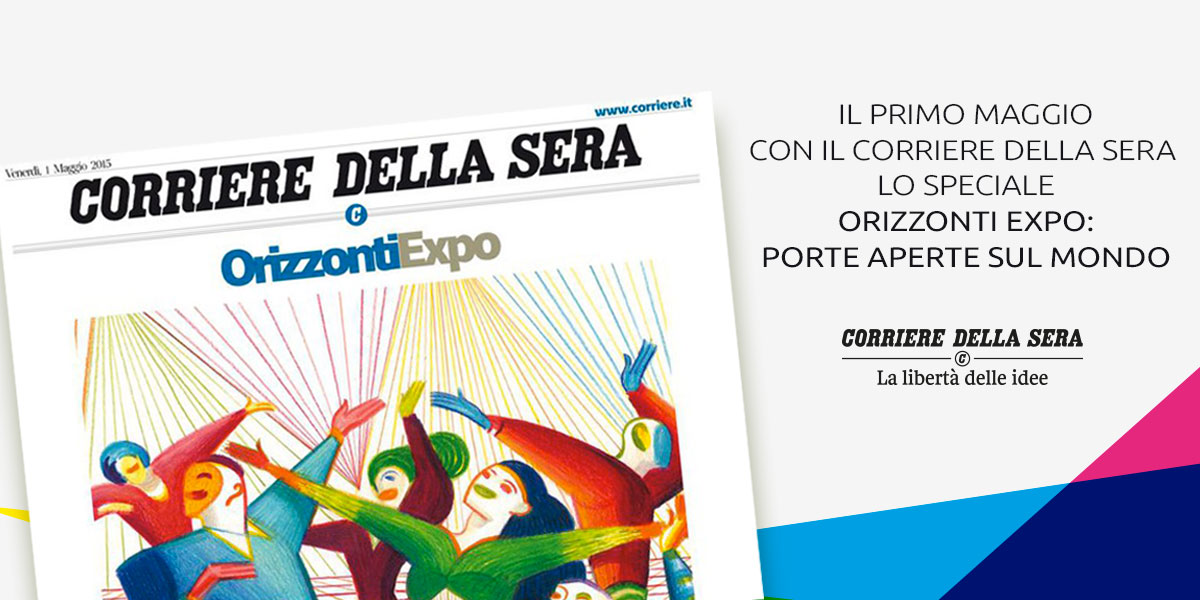 From the first of May, with the Corriere della Sera, the first special “Expo Horizons: Doors open onto the world”

With extraordinary and widespread street marketing activities, the special Expo Horizons was distributed in 16 cities( Milan, Monza, Bergamo, Brescia, Turin, Genoa, Padua, Venice, Trieste, Bologna, Florence, Rome, Naples, Bari, Palermo, and Catania), in the best hotels in Milan and Turin, in all car2go vehicles in Milan, and the taxis that connect Milan’s airports to the universal exhibition. The special had great visibility in Milan: Two Kia Soul vehicles went around the heart of the city to inform the people of the special insert dedicated to Expo and distribute copies. “Expo Horizons: Doors open onto the world”-an 80 page special in both English and Italian, to keep and treasure as a collectable. The cover was signed by the author Lorenzo Mattotti. 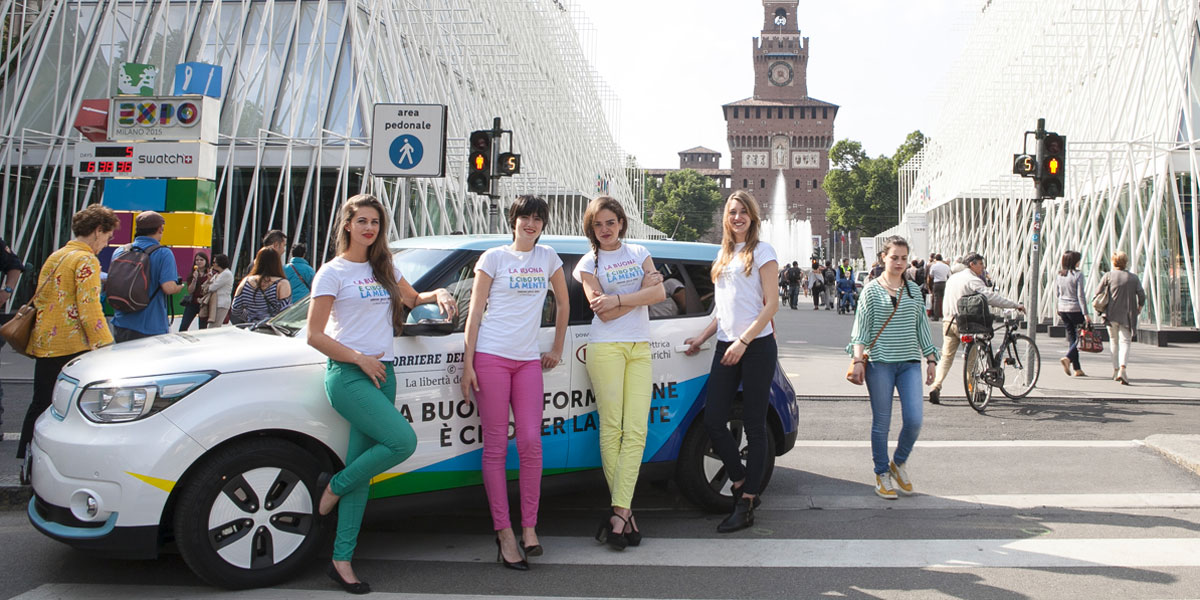 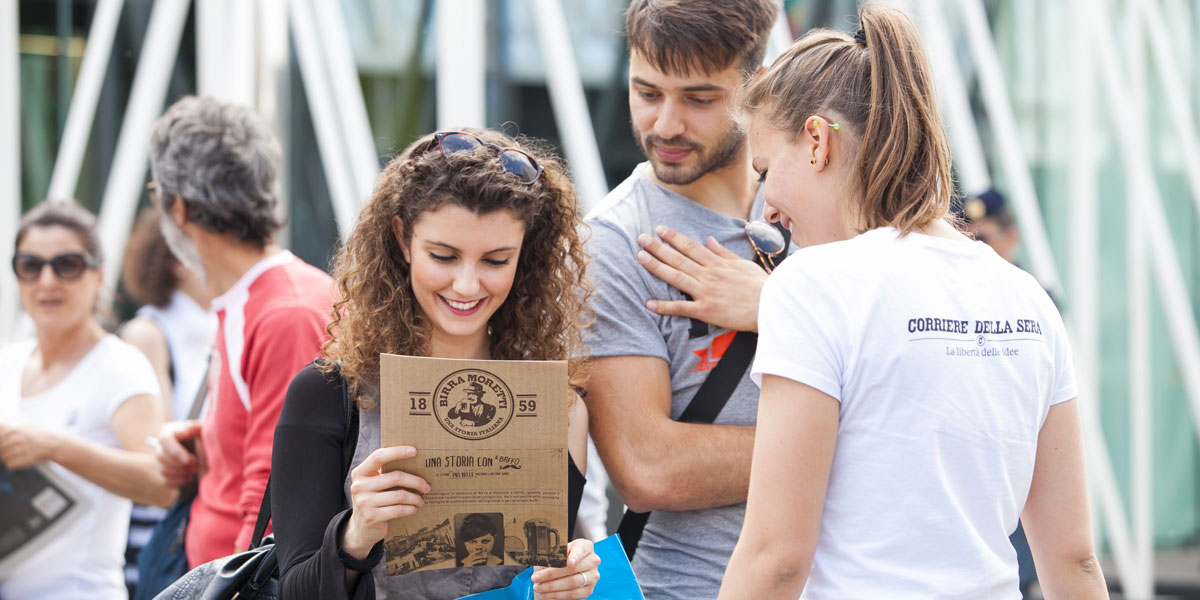 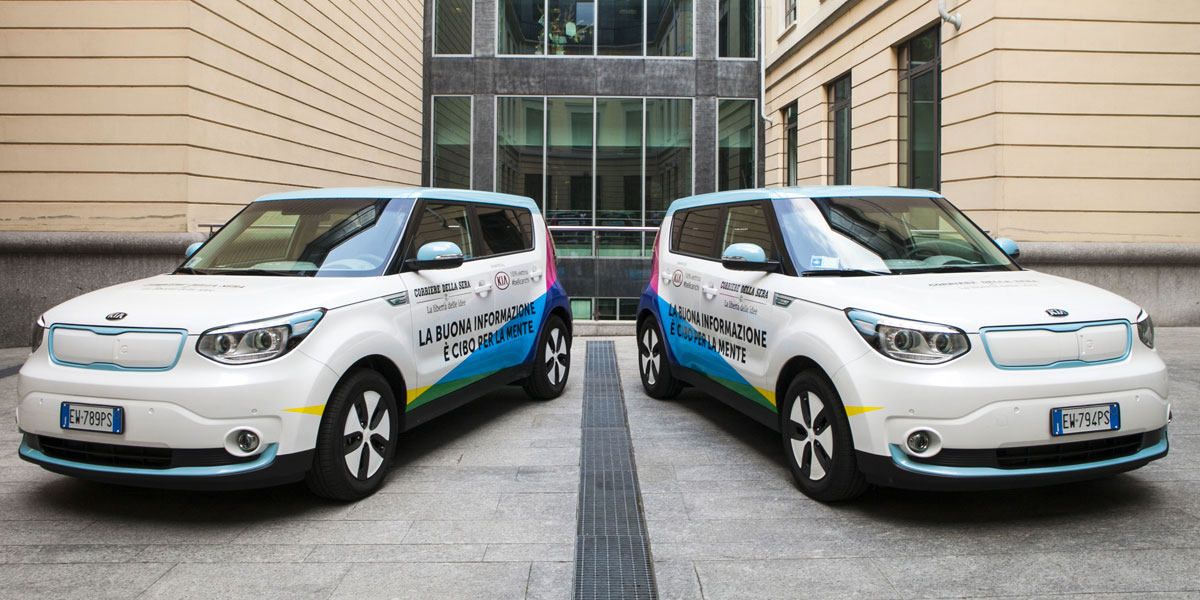