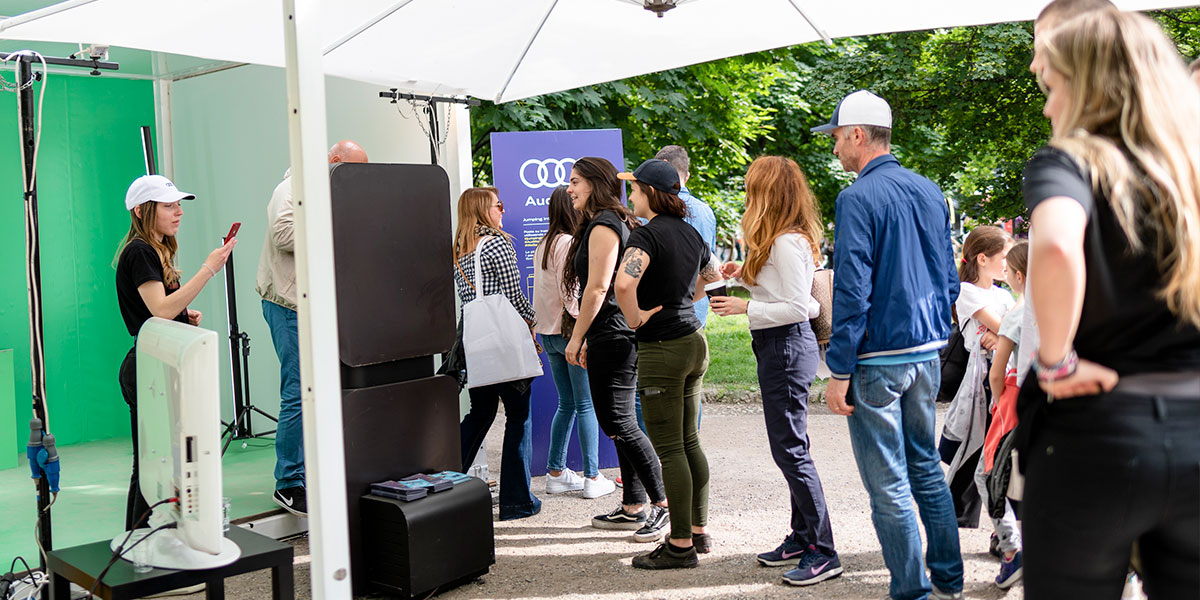 JUMP INTO THE FUTURE WITH AUDI

The stand claim – Jump into the Future – gave us the idea to develop three different scenarios with which the public interacted.

Once chosen the scenario, it was possible to add a sentence to make the digital shot even more personalized.

The final picture represented a walk on the terrestrial globe or a person on the shoulders of a mega robot or hanged to a drone.

Everyone received the photo by email with the possibility of sharing it with a click on social networks or via WhatsApp to friends. 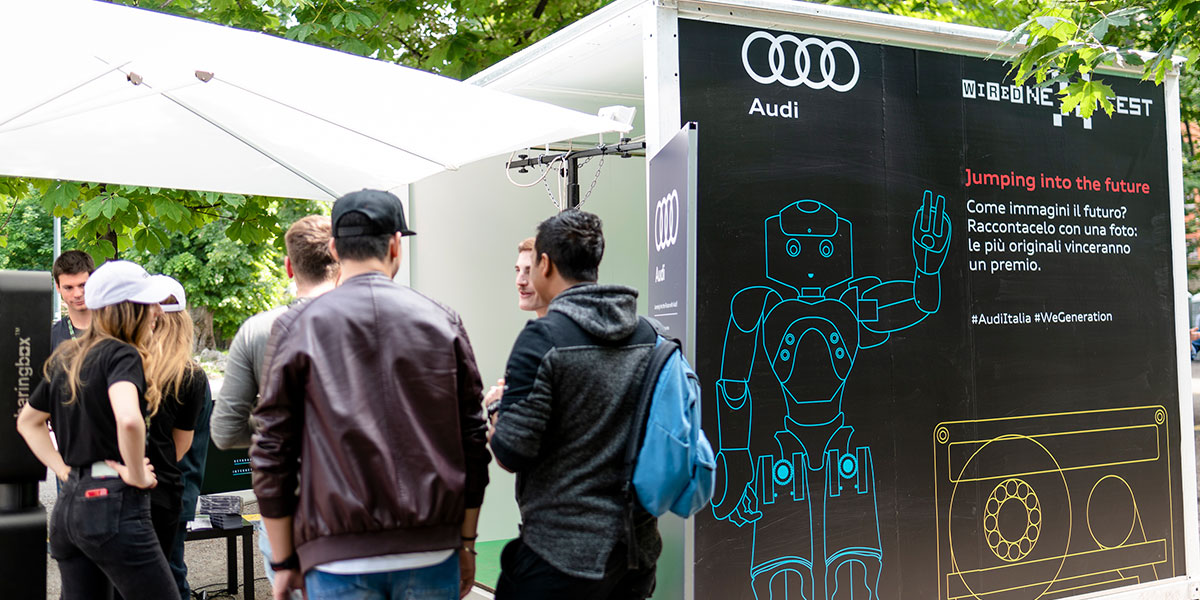 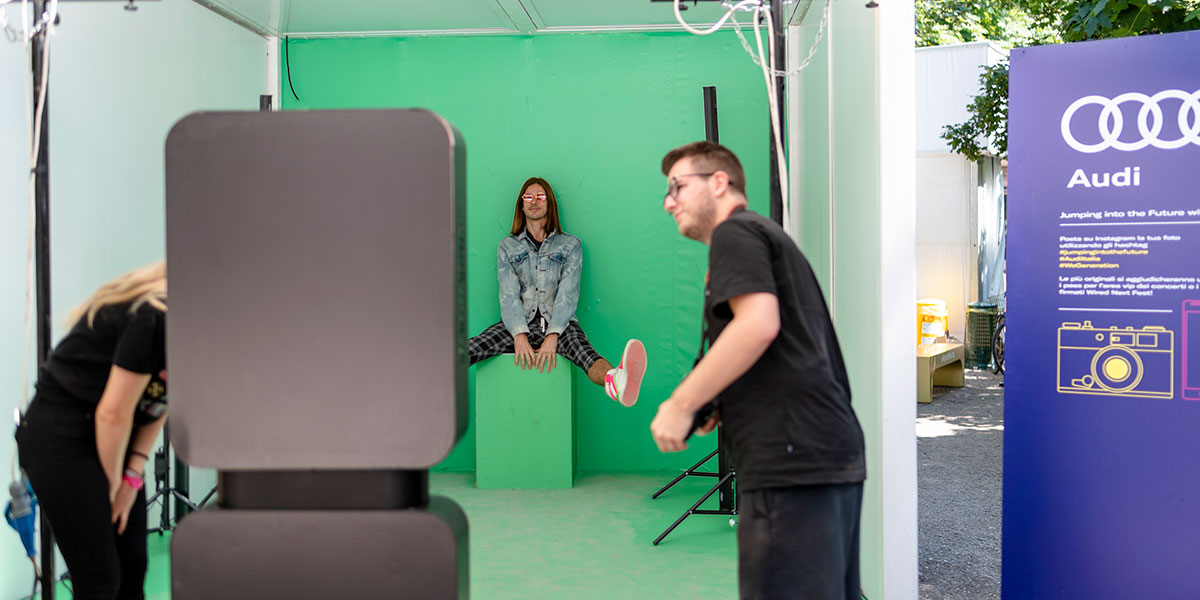 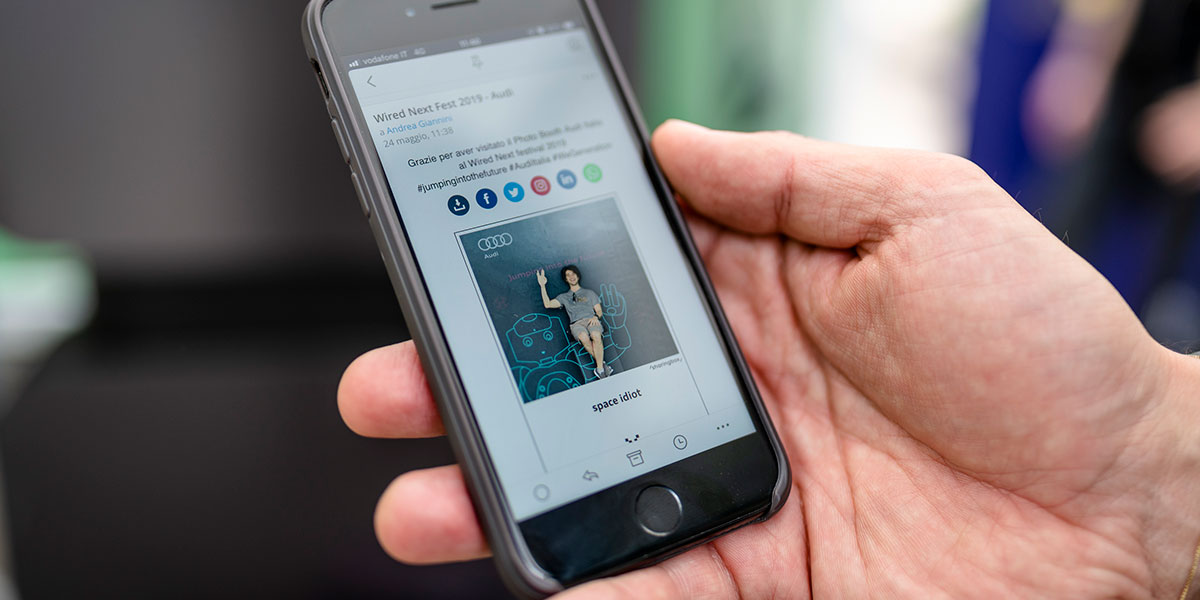