Open your Smile at Marathons and in Virgin Active clubs 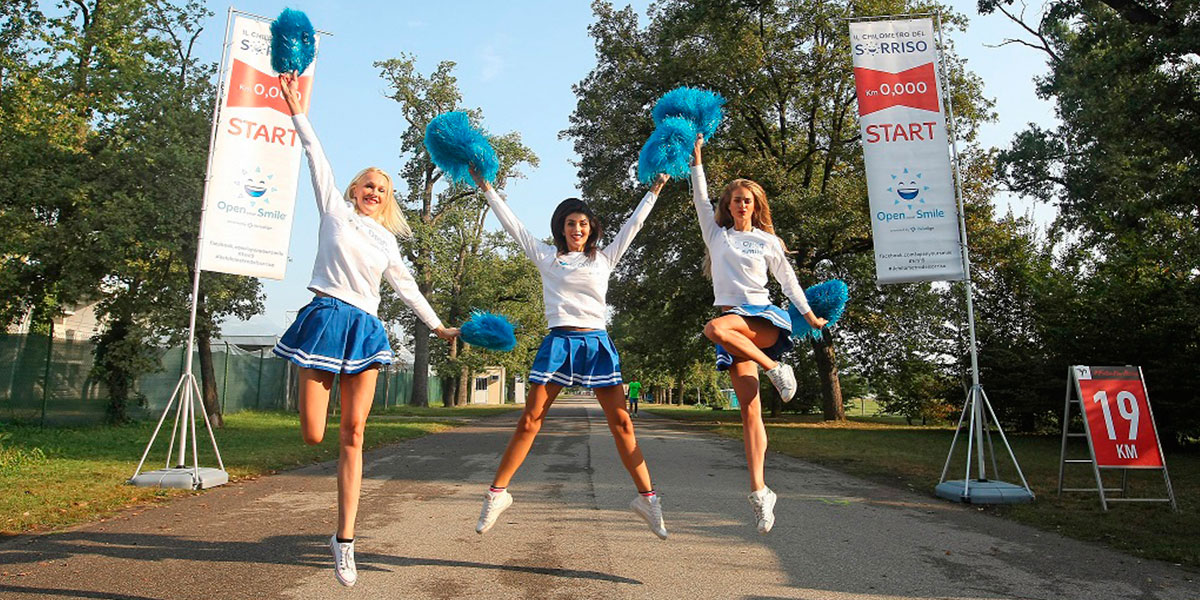 In 2016 Invisalign® focused on sport, sponsoring Virgin Active clubs and investing in a circuit of three running events, 2 half marathons and a marathon, giving visibility to the project Open your Smile - a philosophy of life.

Running is a very trendy sport phenomenon, always growing in our country; over 5.6 million practitioners, roughly 2.3 million who train regularly and consistently.

We have created a format which spoke effectively to target who participated to the competitions: il Chilometro del Sorriso.  1,000 meters to run with a smile, at Km 19 of each race.

According to the Neapolitan Grimace the number 19 represents ‘A Resata' (Smile).

To await the passage of the runners, and give lightness and humor, a team of supporters to encourage them with positive and motivational thoughts. Along the km billboards with curiosity about smiling. The goal was to invite runners to a challenge: to smile despite the effort. A photographer took pictures of the runners during the special 1,000 meters.

Thousands of photos were published on Open your Smile facebook page.

Running to feel healthy, smiling as a gym for one’s mind.. running and smiling to feel good!. 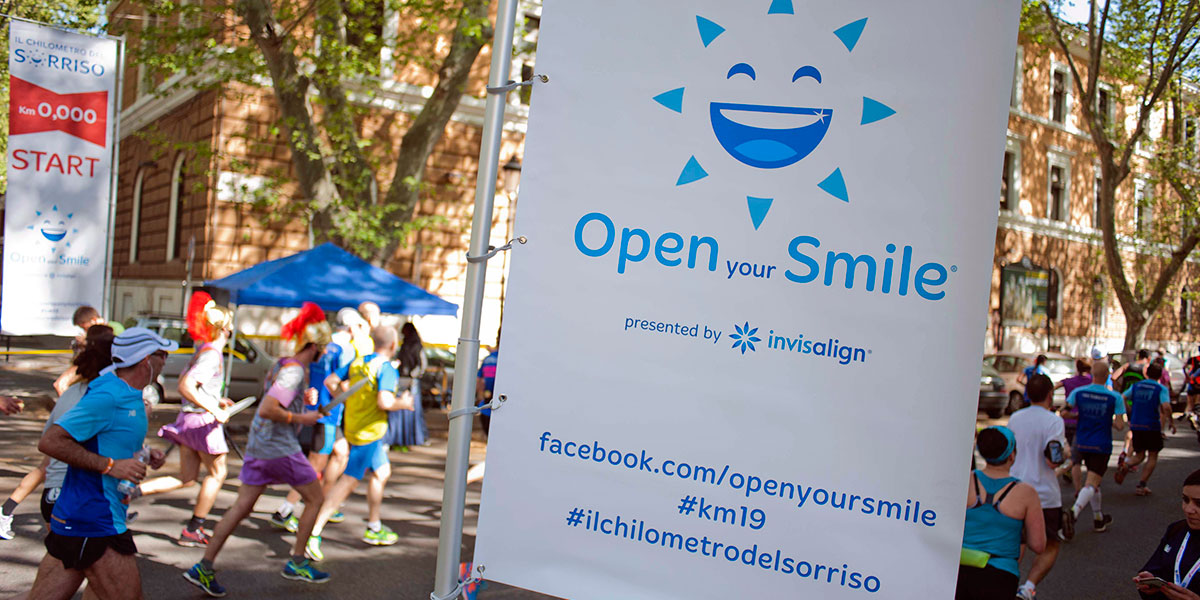 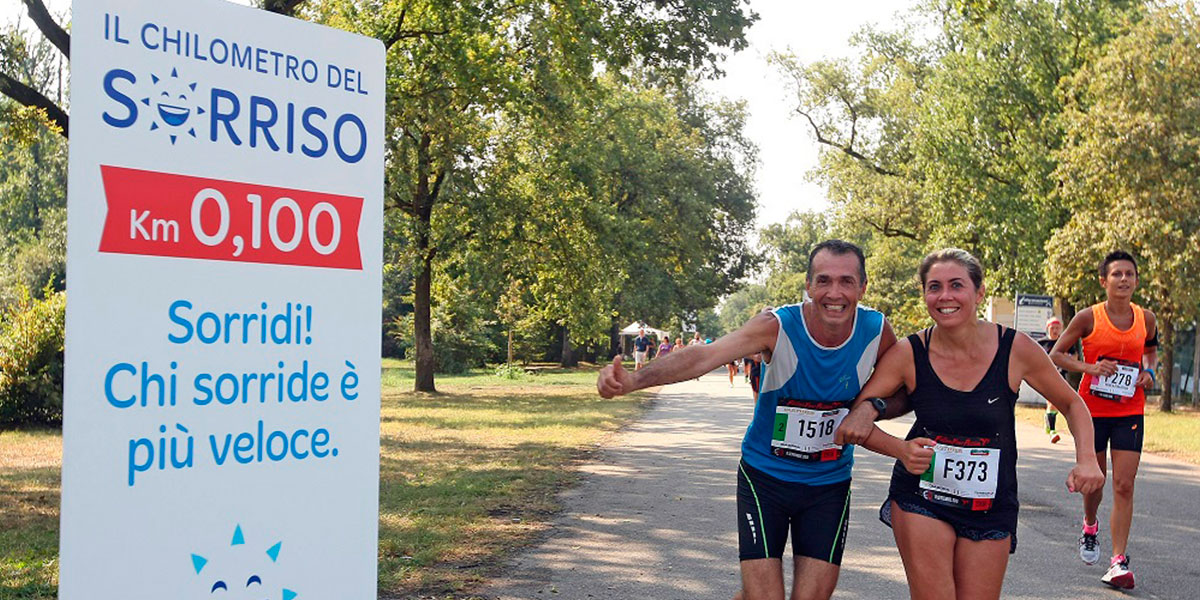 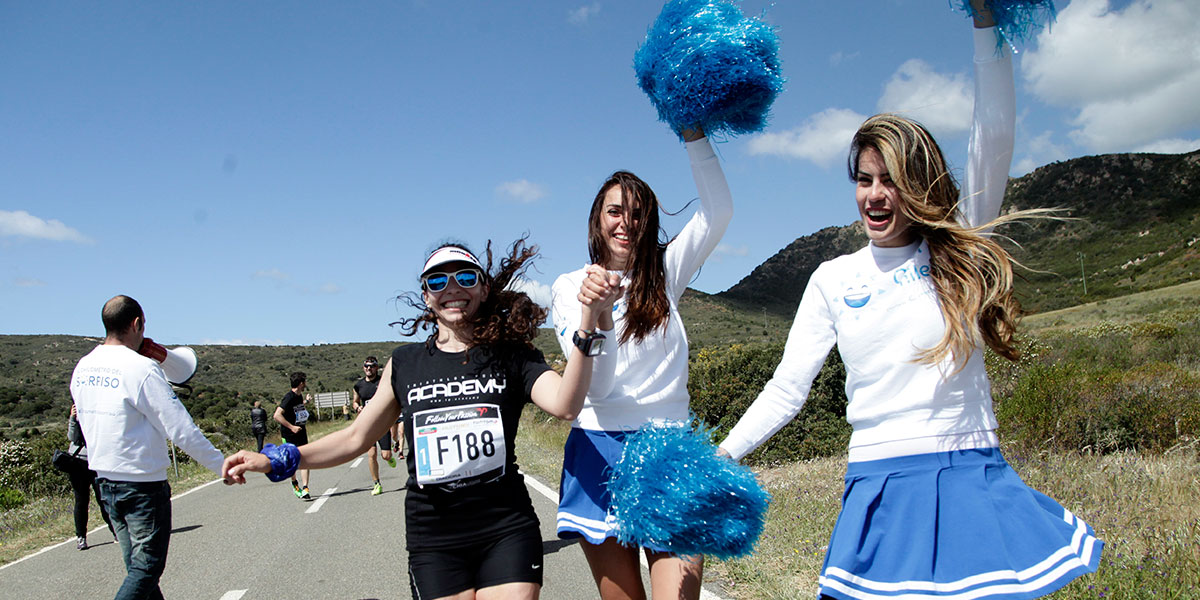