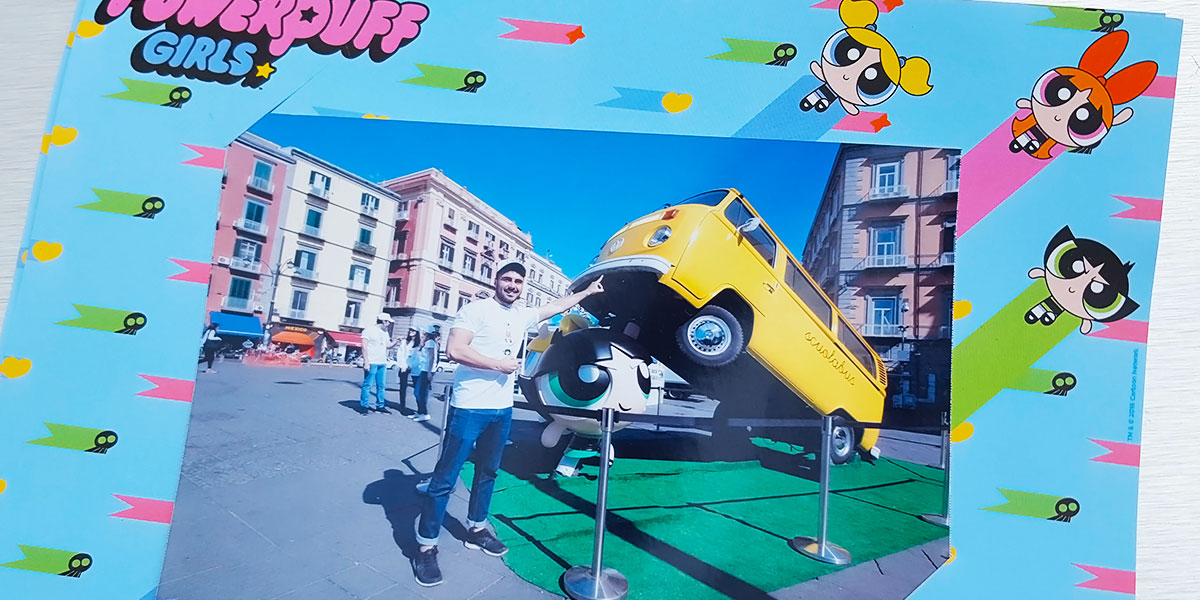 Original installations for the launch of the new Powerpuff Girls series

At the launch of the new Cartoon Network series, children in Naples and Milan were invited, along with their parents, to live a funny experience. A colorful installation was designed and built to recreate a 3D scene in which take a picture; an "energy test” to help  Molly, one of the three heroines, to l a real VW van. Pictures printed and honored to everyone.  Inside the stand children played  with the most entertaining applications on the website Cartoon Network and become a protagonist in a video in which their face were  inserted instead of the ones of the Powerpuff Girls in the new series. 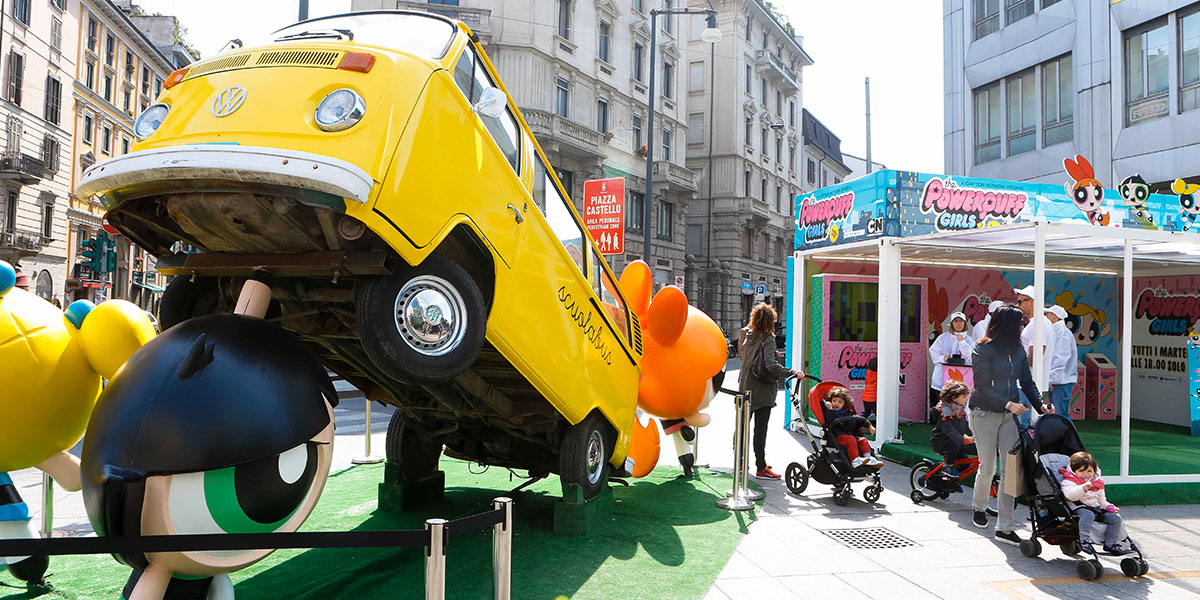